Portugal – no news is good news

Despite promising economic development after its debt crisis, Portugal risks being set back many years by COVID-19.

Aside from some impressive football results and holiday anecdotes from family and friends, not much has been heard of Portugal in this part of the world since its 2010-2014 financial crisis. Happily though, in this case, no news has been good news, as the economic trend since 2014 has been improving, with decent growth rates. Now, however, the country risks being set back several years by the onslaught of COVID-19 and faltering reforms.

The country was certainly in dire straits when the EU and IMF had to bail out the social democratic led government in 2011 during the financial crisis. The Portuguese had been living beyond their means, and now needed to restore the balance between expenditure and revenue. This sparked a wave of reforms, which have since bolstered the economy and resulted in reduced sovereign debt and cut dole queues.

Some of the most effective changes have been labour market reforms, including those along the lines of the Danish flexicurity model which have made hiring and firing easier. In addition, wage agreements have been made more flexible to align them better with economic trends, and the pensionable age has been adjusted to follow life expectancy. Similarly, the legal system has been overhauled and made more effective. Portugal has started selling off stateowned enterprises, partly to make them more productive, and partly to spend the proceeds on servicing the national debt. 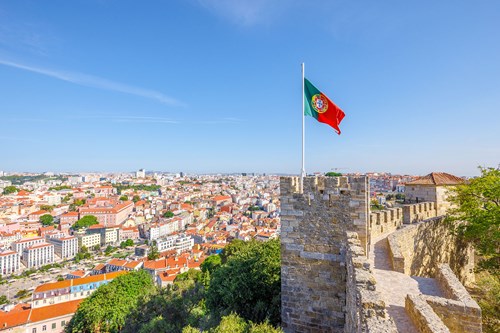 Privatisation has had a rather unexpected downside though, as many enterprises have ended up in Chinese hands, with the result that China is now a heavyweight in the biggest companies within sectors such as energy, insurance, banking and hospitals. This has spurred commentators to question China's influence in the country, and refer to Portugal as China's 'special friend' in the EU. Portugal, however, refutes the accusations, and like so many other European countries has refused to use Huawei in its future 5G network.

Regrettably, the original reform programme has lost momentum. This is unfortunate in a situation where the country is facing an unprecedented major crisis and is already challenged by low productivity, indebtedness and an ageing population. While COVID-19 will hit the economy hard, the hope is that the crisis will serve as a reminder to the popular Prime Minister, António Costa of the Socialist Party, to keep up the reform programmes.

The promising economic trend since 2014 is evidenced in Danish exports, which increased by 13 percent year on year from DKK 1.6 billion in 2015 to DKK 2.6 billion in 2019. This increase is primarily attributable to exports of pharmaceuticals, fish, wind turbines and other industrial equipment.

Portugal has in no way been slow to invest in renewable energy, and the share of power from wind turbines supplied to Portuguese households has increased from 6 percent in 2006 to 26 percent today. By 2030, the goal is for 80 percent of power to come from renewables. Portugal is also a pioneer when it comes to floating wind turbines, a technology which is predicted to provide the next big boost to the wind turbine industry, since it enables wind farms to be installed in deep water. Danish exporters are helping to drive this next big wind power thrust by supplying machinery and equipment to the floating wind farms.